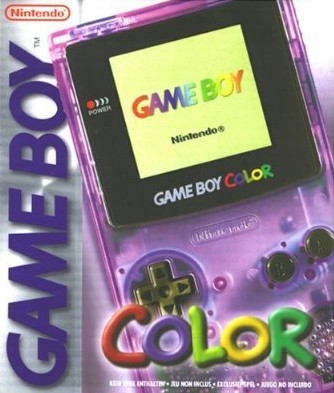 The Pinecil is a great little pocket soldering iron by Pine64 (known for making SBCs and Linux compatible phones and tablets) with USB-C power and TS100 compatible tips, and has served me well over the last year or two. Recently I found a transparent replacement case for it and thought it would be fun to dye it purple in the style of the old "Atomic Purple" Game Boy Color.

It's quite tedious to disassemble the Pinecil and it certainly feels like it could break in the process, but it did come apart without issue. Make sure you've got the 4 little screws out and slide the grippy silicone band off the top. Remember the orientation of the copper contacts inside the iron when you take it apart, because I had to figure it out again by guessing. Likewise, I believe the little screws holding it together are actually of different lengths and it would be worth remembering which goes where from the start. Never a bad idea to take pictures as you go for later reference. The case has a screen lens and some metal contacts on the end, but I just ignored them and proceeded with the dye job. 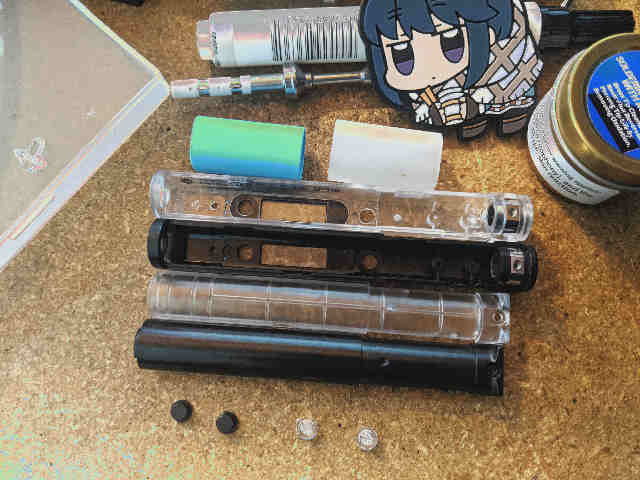 I'm using Jacquard iDye Poly IDYE-458 dye in a rectangular aluminum foil pan, the kind of thing used for making lasagna. I wasn't sure about heating this directly under a burner on the stove, so I boiled some water in a kettle and then poured it into the pan. The dye comes with a liquid color amplifier packet, and a powdered dye packet. I followed the instructions on the package, and put both in the boiling water. 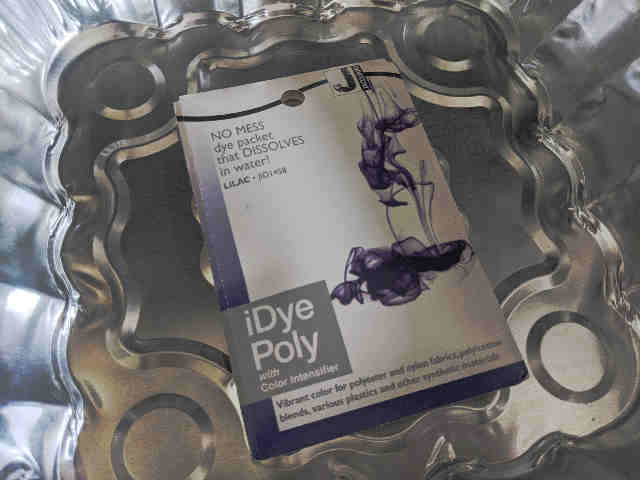 The chemical smell of the dye once added is very strong. Probably don't do this while cooking lol. Using latex gloves probably wouldn't have hurt either. I tried not to breathe in too much, but otherwise didn't bother with any safety precautions. The water was still plenty hot and steaming and since I didn't have any plan prepared for what I was doing, I just dropped both halves of the case, the silicone band, and the two little buttons in the pan. Note that I still never used any heat under the pan. I used disposable cooking chopsticks for stirring the dye into the water and for checking on the case. Be very careful about what you use for this, because you may as well assume anything you take to the dye will never come off!! Might be a good idea to have spare dish rags or paper towel around for catching any drips.

The case took to the dye really quickly. I'm not exaggerating when I say you might only want to leave it in there for a minute or maybe two if you wanted a more subtle color. It would probably also be worth reducing the amount of dye used by a considerable amount as well. I probably let it go for around 3-5 minutes while checking on it and stirring constantly. 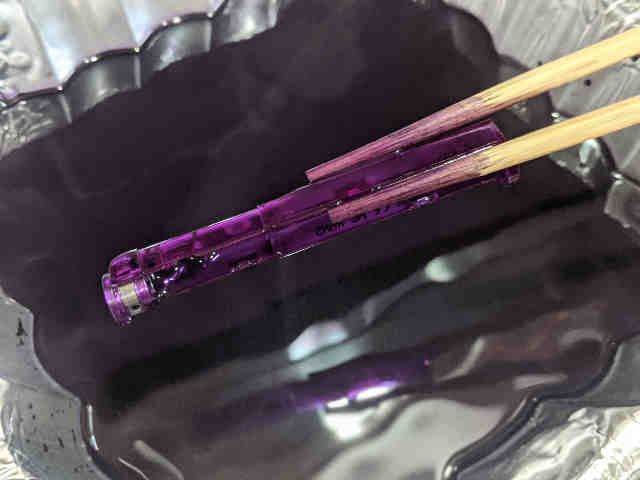 I removed the case halves and silicone band with the chopsticks, but the buttons were far too small to find that way so I carefully dumped the water outside and got them from the pan once visible.

The color is way more vivid than I was planning for, but I was very excited that it actually worked out so well since I didn't know what to expect. The actual Atomic Purple color of the old Nintendo devices is much less saturated, so it would be more accurate to significantly reduce the amount of dye used if that's your goal. It was less effective on the silicone band, but it still did dye it a bit and I think the contrast between it and the rest of the case looks great. I ran everything under some water to get any excess dye off and dried them off with paper towel outside in the sun. The plastic on the screen lens didn't take to the dye as much luckily, and barely has a purple tint to it. Even if it had, the OLED screen under it would probably still be legible enough given how simple the user interface is. 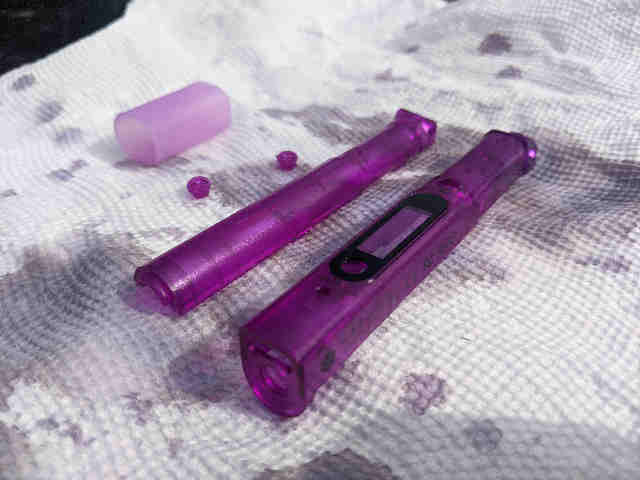 Reassembly was easy enough, just remember my earlier note about the copper contacts and the different screws! The screw threading is just plastic so be very careful about over tightening the screws at this point. The screw on the top of the iron seems to be mostly for providing friction or resistance to any tips inserted in, so if any tips are getting stuck or feel like they're grinding too much on their way in, try loosening the screw a bit more. 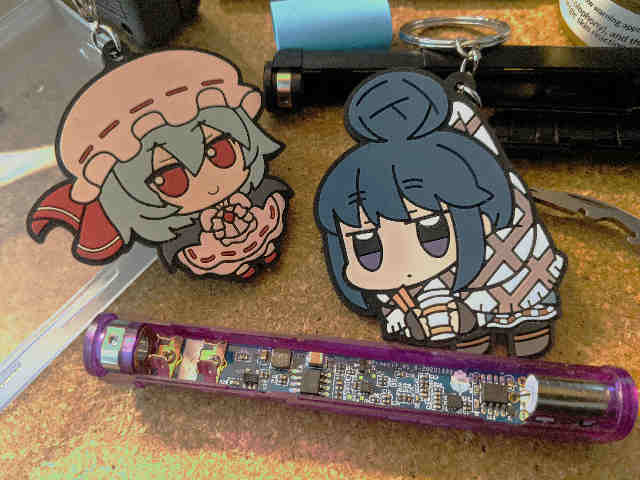 Overall I'm happy with how it went and it was very easy. Just be careful with the dye and try to avoid huffing it lol. Follow the instructions on the dye packet, and watch a Pinecil disassembly video before you do it to prevent easy mistakes. 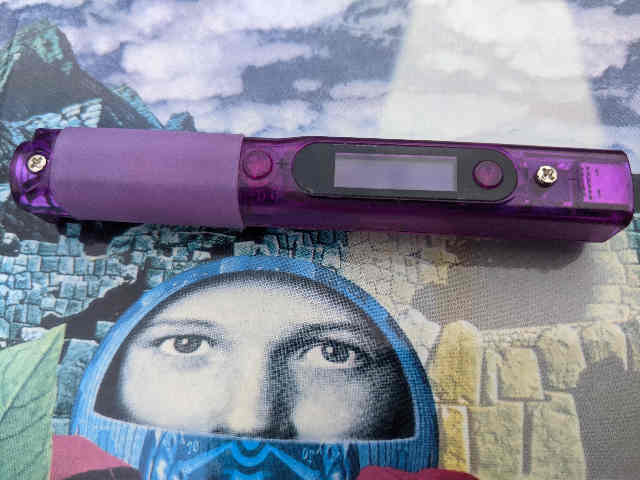 Finally, here's the iron being used for soldering an SWD box header to a cute Adafruit Feather devboard. You can see the glow of the OLED screen is visible through the side of the case which looks pretty cool. Also note that I finally found a use for my Sec+ certification: a mat for soldering on :') 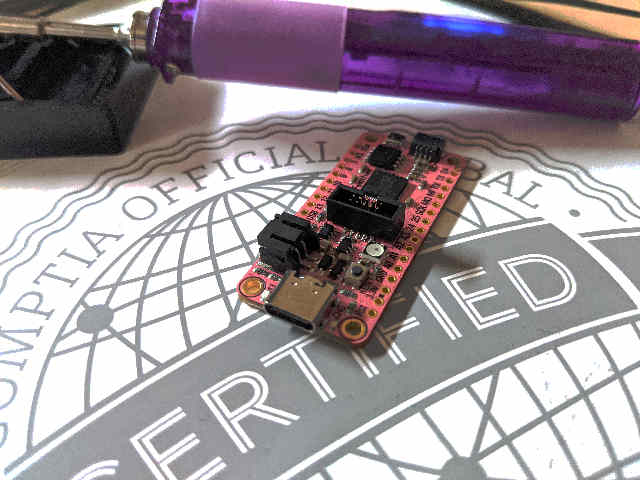