Happy new year once again! I'm not sure I'll manage to say anything positive about this year, so I'll try to keep things brief.

State of the Site

Well, it still exists and that's more than you could say about a lot of the Lainchan-adjacent blogs from ~2018-2022 lol. I've been neglecting posting again this year, but not really out of laziness or forgetfulness. I've just not had anything to talk about and have not been working on anything interesting. In any case, I'm not planning on going anywhere so in one way or another I'll be here and inevitably more posts will come. Please keep emailing and leaving guestbook signatures as you desire, because I always enjoy hearing from people. It's a great reminder that this corner of the Internet isn't completely dead.

All I can do is keep moving forward: continue with my C studies and start getting more into projects and move on from the theory heavy textbooks. I want 2023 to be the year of projects for me (however, not sure what will be associated with what alias... more on that another time maybe).

In the last year I'd say I learned the C language in a primitive sense, but now I want to focus on how to turn primitives into projects. Program design out of such simple logic is not really a skill that crosses over from the Python scripting which my experience has been limited prior to learning C. On that note, the more I learn C and appreciate muh Unix philosophy, the more I dislike Python and the entire scripting language philosophy. It's so tiring to be bogged down in Python dependencies for things that should be proper programs and not hacked together scripts. This feeling has led me to start looking more into minimalism-focused distros such as Kiss Linux, but I haven't made any switch quite yet.

I still need to remember to update my Path to Competence learning log, because it's quite out of date now. I also haven't finished Advent of Code yet this year. I still have a lot of fun doing the puzzles at midnight with /g/, but this year it felt a bit different. I was wondering how the puzzles could have gotten easier despite the data suggesting the difficulty is on par with the last year or two. My baseless theory is that the puzzles were easier, but more tedious. That is, less prerequisite skill was required, but many of the problems were made up of a lot of intricate steps (e.g. the simulation problems) that were easy to screw up by not paying very close attention. The fact that I was able to do most of the problems suggests this too, because I'm not sure I got any better at this sort of thing in the last year lol. But I suppose that's another goal that I will return for 2023: I want to be able to do the AoC puzzles in a few hours so they don't end up fucking up my sleep schedule for an entire month and compromise my ability to do anything else.

I have many other personal goals, but those are probably not worth spilling here. But at the very least I need to find some way to pull myself together in 2023.

I don't know if there's any reason to go through all of the shows I watched in 2022 like I did last year, but I'll at least mention that my favorite of them was probably Bocchi the Rock. It also had the worst threads I've ever seen on /a/ and the amount of newfags it's spawned is mind numbing. Not to sound overly egotistical but it's my own blogspam rant, who cares? but I've been feeling displaced in the communities I enjoy because of the influx of irony-poisoned (presumably) teenagers that have been taking over every site they touch with their pseudo chatroom-style discourse. Am I getting old or does the Internet just move so quickly that it makes people feel disproportionately old?

Anyway, I still look forward to watching more comfy shows in the new year and will continue to suffer through the ebb and flow because anything else would be quitter mindset. Most importantly, never forget: 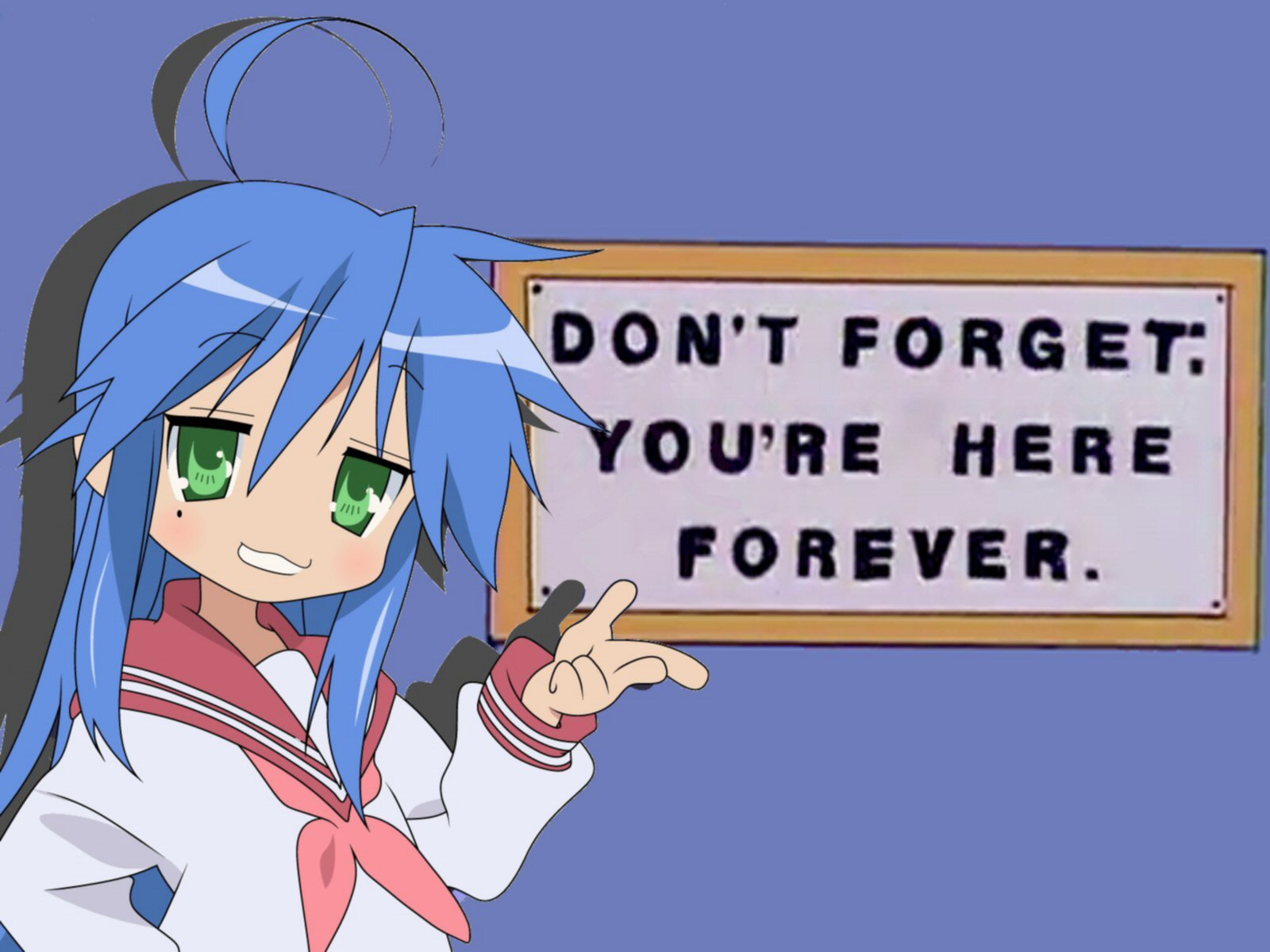 Anyway, back to getting drunk and listening to r/a/dio. KANPAI! Here's to 2023!